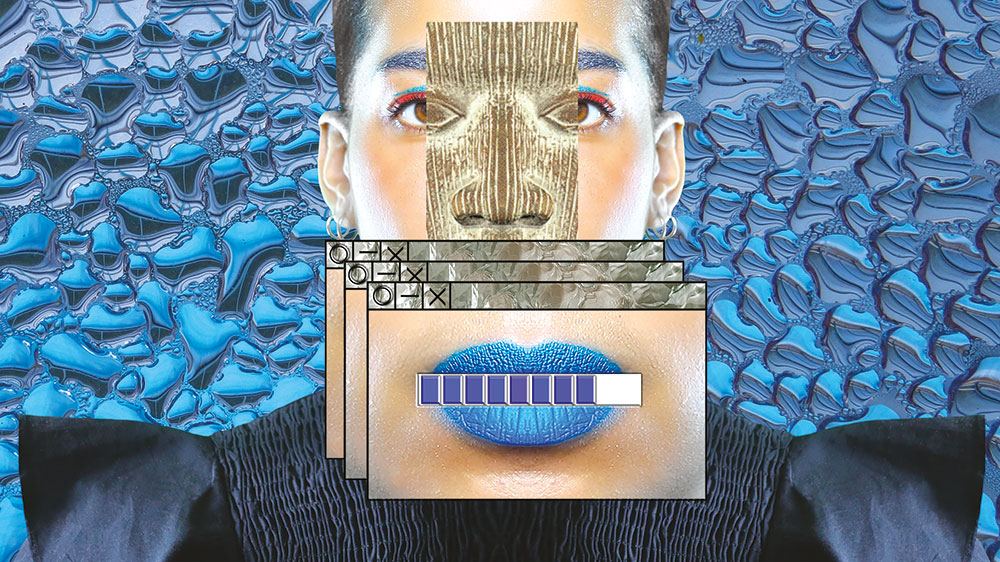 Mélas de Saturne is a film that explores the generative force of melancholy – from the Greek melankholía, meaning ‘black bile’, from melas: ‘black, dark, cloudy’. Interweaving reflections on mythology, cosmology and science, Mélas de Saturne unfolds within a virtual territory at the confluence of the abyss and the darknet, where a fictional character named ‘Persona’ embarks on an initiatory journey to discover their algorithmic origins, hoped to be found among the meta population living in north-east Cameroon. Ntjam’s speculative analysis of the melas – a black liquid that confuses principles of nomination – becomes the locus for a meta-narrative that considers the emergence of new collective memories within hybrid ecosystems.

Josèfa Ntjam (b. 1992, Metz, France) lives and works in Saint-Étienne, France. Ntjam is an artist, performer and writer whose practice combines sculpture, photomontage, film and sound. Gleaning the raw material of her work from the internet, books on natural sciences and photographic archives, Ntjam uses assemblage – of images, words, sounds, and stories – as a method to deconstruct hegemonic discourses on origin, identity and race. Her work weaves multiple narratives drawn from investigations into historical events, scientific functions and philosophical concepts, to which she confronts references to African mythology, ancestral rituals, religious symbolism and science-fiction. These apparently heterogeneous discourses and iconographies are marshalled together in an effort to re-appropriate History while speculating on not-yet-determined 3 space-times – interstitial worlds where systems of perception and naming of fixed (id)entities no longer operate. From there, Ntjam composes utopian cartographies and ontological fictions in which technological fantasy, intergalactic voyages and hypothetical underwater civilizations become the matrix for a practice of emancipation that promotes the emergence of inclusive, processual and resilient communities. 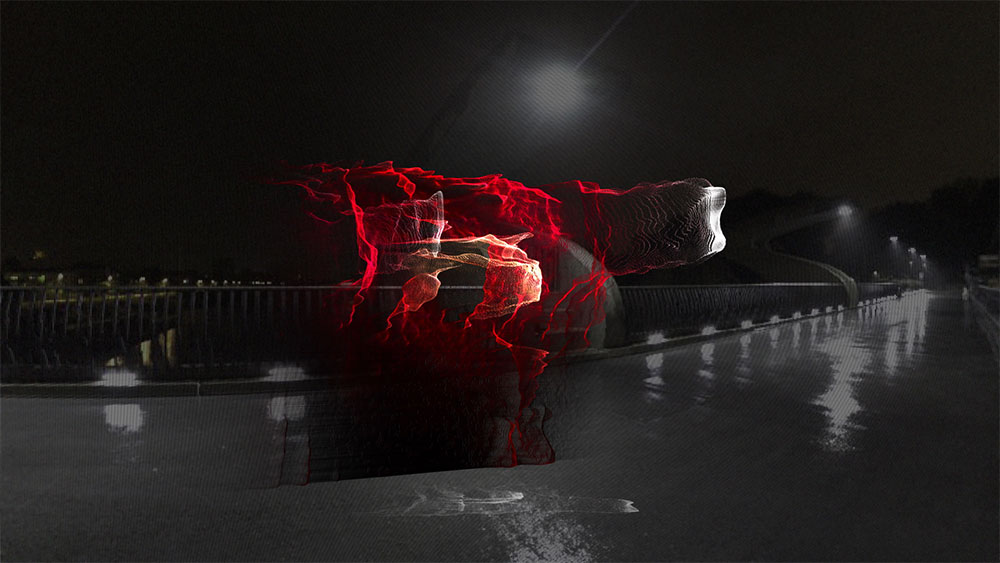